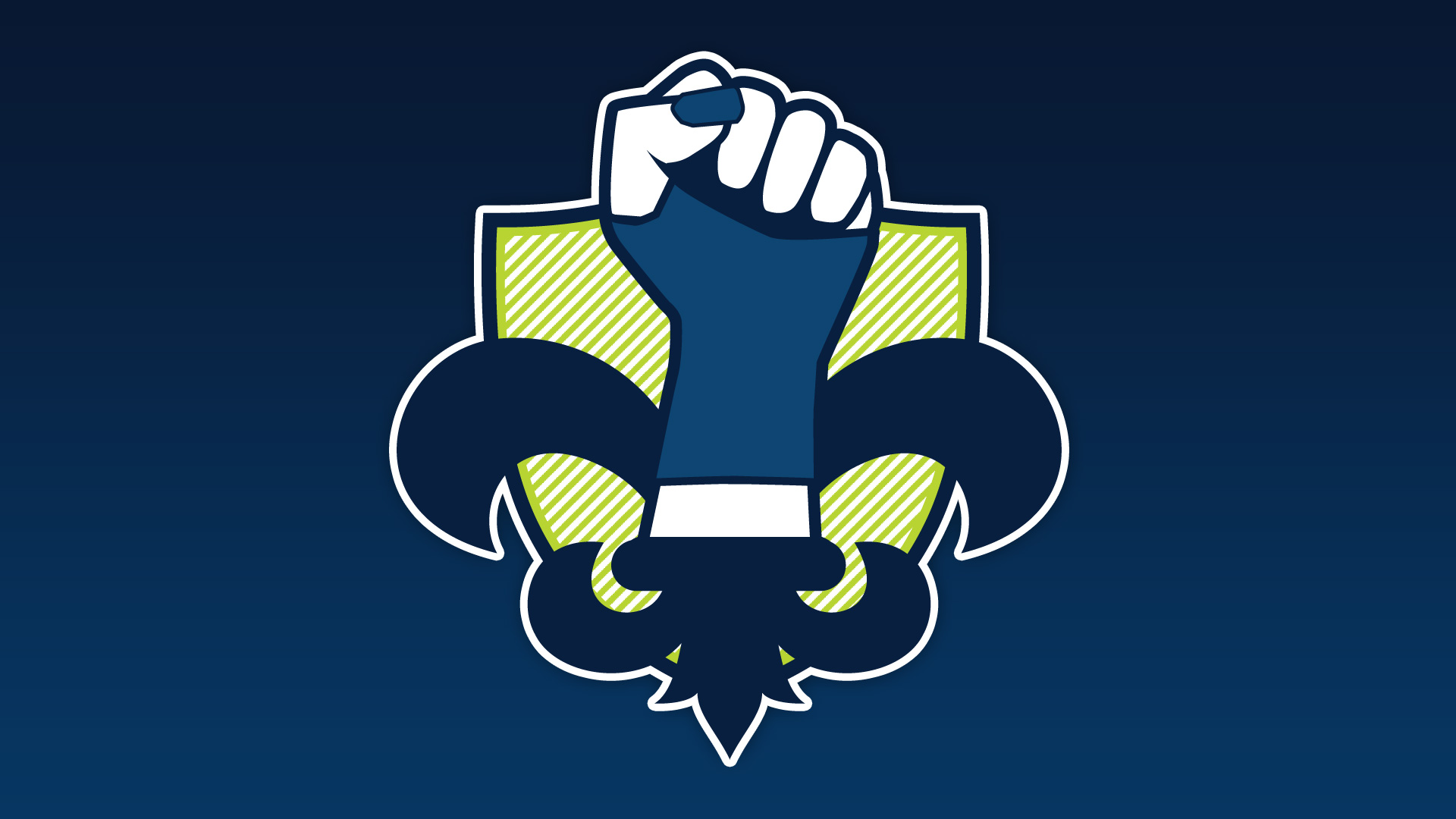 In the fall of 2009, I was tasked with designing a logo and complementary branding elements for an upstart women’s roller derby league in Lafayette, Louisiana.

During the research phase of this project, I took notice that a lot of established derby logos made use of pin-up iconography; while playful sexiness appeared to be the norm, I decided to take a different approach with the Acadiana Good Times Rollers and emphasize derby as a serious, legitimate sport. Combining a raised, wrist-guarded fist with a fleur-de-lis—a nod to the area’s French heritage—the Deurby-Lis mark signifies strength and unity while still conveying femininity.

The Deurby-Lis is featured on various team merchandise like t-shirts, buttons, stickers, drinkware, as well as on flyers, programs and other print work.